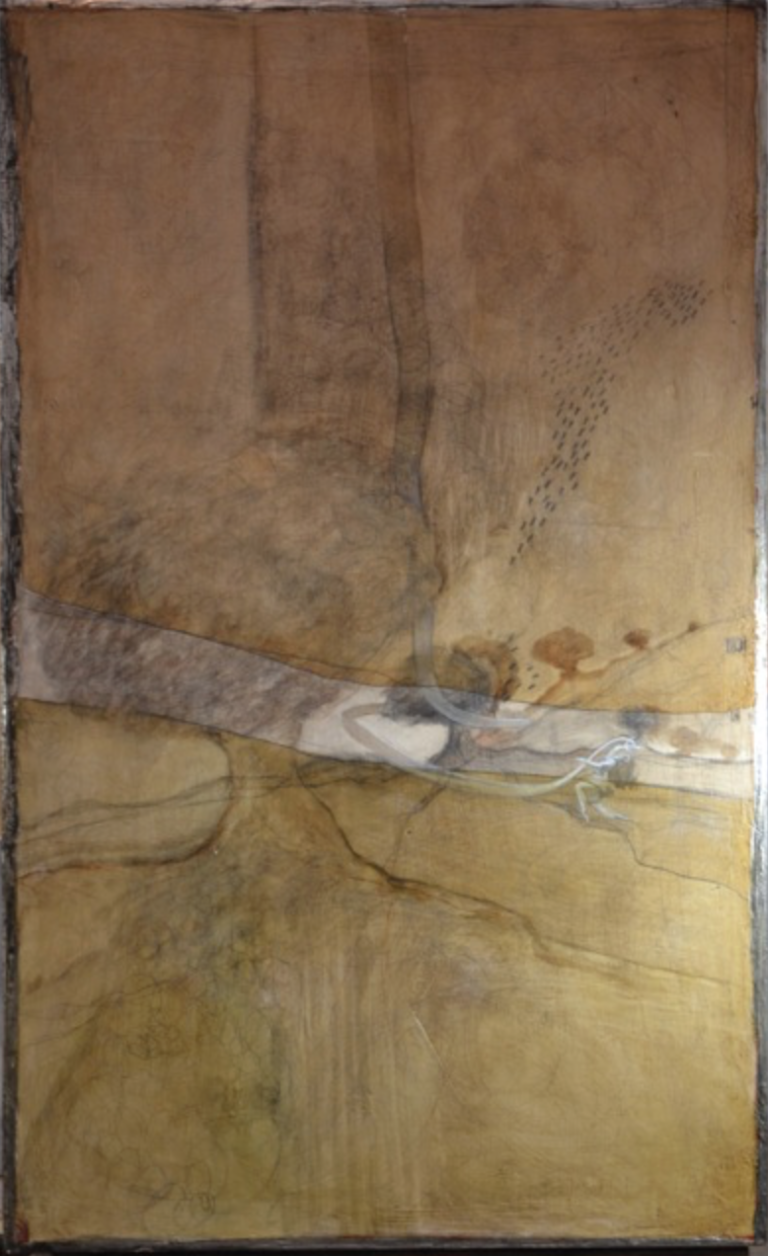 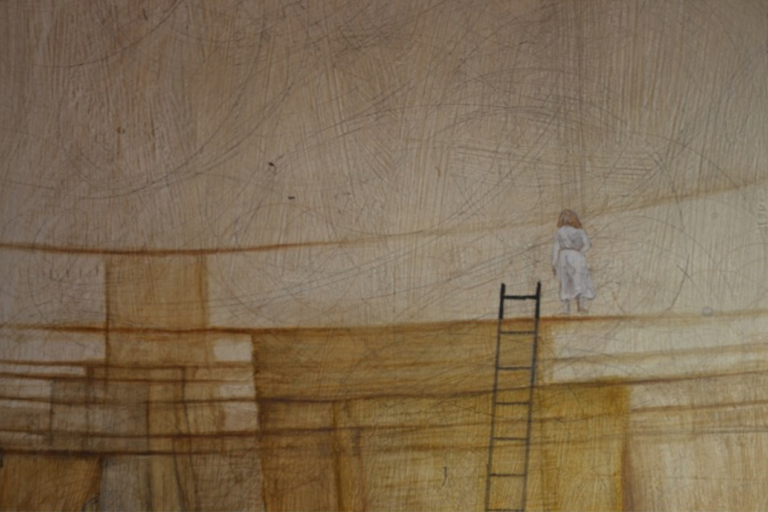 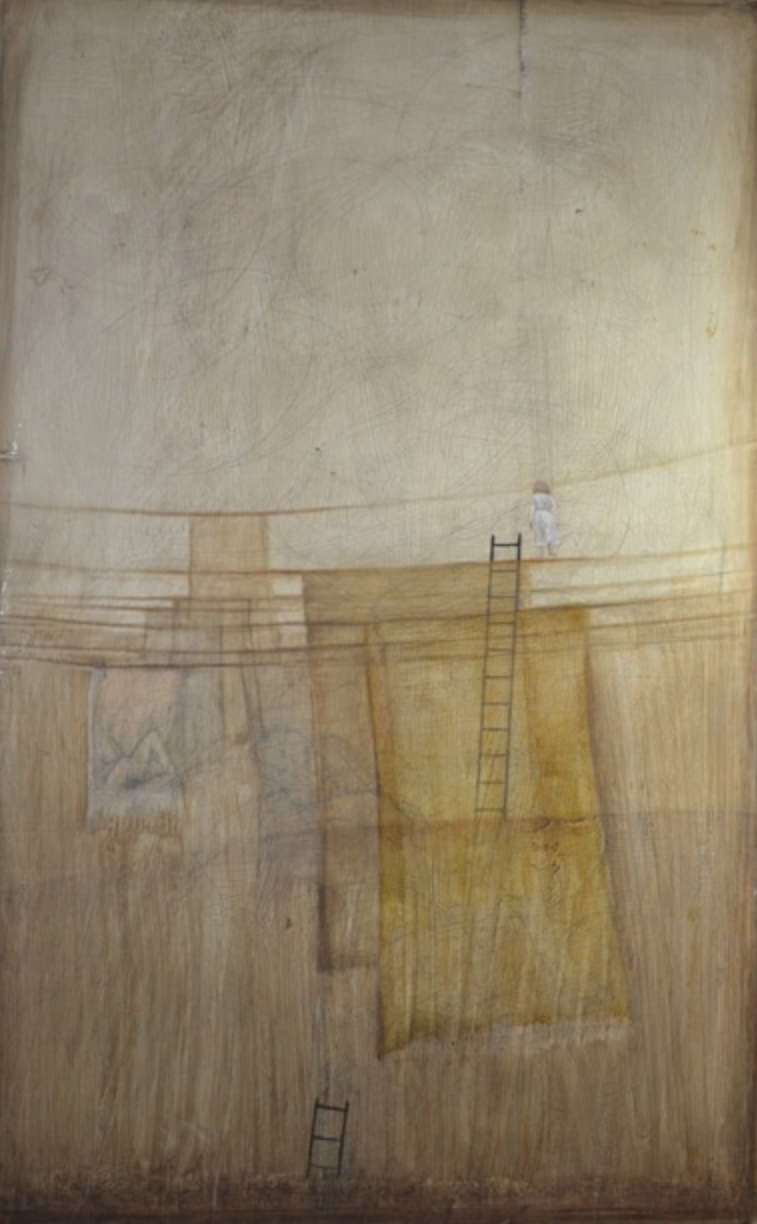 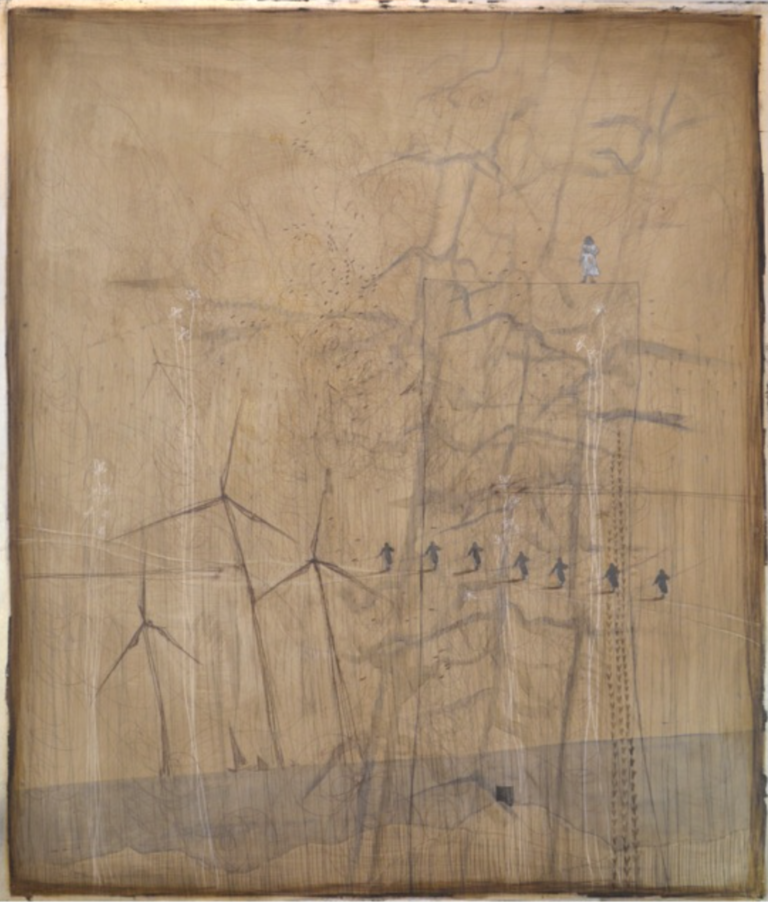 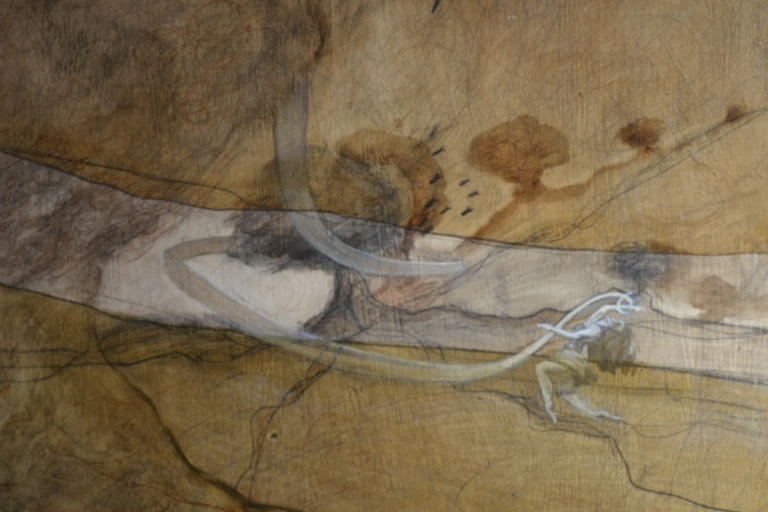 The first time I saw so many tadpoles all in one place was ten years ago. Caterina was living in Rome where she had her studio, a place she shared with other artists. Her paintings were all rolled up in a corner, each roll representing a day, a month, a moment of turmoil or peace. Thoughts, experiences, emotions, one piled on top of other: an archive of her artistic disorder, a disorder - I would discover - that also reflected her life. Construction paper covered with layers of paint, then scored to reveal the paper below. Everything covered with tone-on-tone colour, shades of earth and life. And so many tadpoles, but also cows, windmills, lamp posts, and bicycles. She had drawn these as well. A windmill, in its simple and primitive representation, assumes the dignity of a haloed saint, and the cows that of a hippogryph. The lamp posts cast small pools of light on themselves and the little riderless bicycles traversing the edges of her paintings, unrolling centimetres of unsettling solitude. I must say, it took me some time to digest it all. Her paintings cannot be appreciated with a hurried "Ok, nice, look how beautiful....". They need to be discovered one by one, over time. You have to explore them, zoom in on them, breathe them in, and then carry them around inside you. Put your arm around the woman whose back is turned, take the road through the hills, say hello to the cow. Stop, you cannot pass this way: there is an ink splotch! Up there is the Rocca, near that little guy with his arm raised; and all around, tadpoles, a symbol of the miracle of life.  Luigi Garofoli